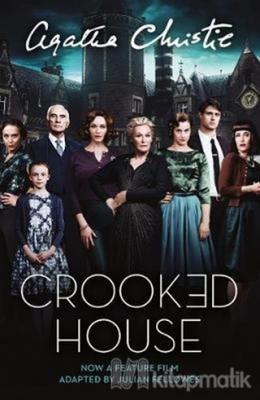 One of Agatha Christie's finest novels, which has finally been made into a film, adapted by Julian Fellowes and starring Glenn Close, Terence Stamp, Gillian Anderson, Stefanie Martini, Max Irons and Christina Hendricks.

The Leonides are one big happy family living in a sprawling, ramshackle mansion. At least they were, until the wealthy grandfather, Aristide, is murdered with a fatal injection of barbiturates.

Suspicion naturally falls on the old man's young widow, fifty years his junior and suspected of having an illicit affair. While Scotland Yard struggles to find clues, the murderer has not anticipated the determination of Charles Hayward, fiance of the millionaire's granddaughter, to solve the crime from the inside...