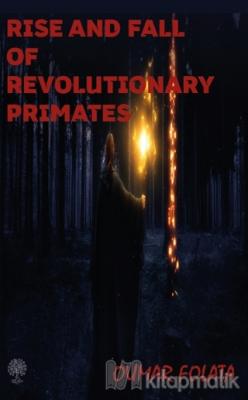 Rise And Fall of Revolutionary Primates

Rise and Fall of Revolutionary Primates is the writer's creativity that intends to portray the heroic struggle of the African or black leaders both in Africa and in the diaspora who strove to end the colonization and exploitation of Africa and the racial discrimination against the black people around the globe, especially in the United States. The novel illuminates the understanding of the strenuous efforts that these leaders exerted over the course of liberating their continent from the colonial rule, and the issues that impeded the achievement of their desired goals in the postcolonial era. In the novel there are two worlds on the planet. One of the worlds is Congouly, which is the natural home of all primates. This Congouly represents the Continent of Africa. The other one is an arctic world called Halum Salum, which is the home of Polar bears. This Halum Salam represents the Western World. The book is centered on the ideas of the Europeans' encounter with the Africans, the Trans-Atlantic Slavery, the colonization of Africa, the decolonization movements of Africa, the rise of Pan-Africanism, the difficulties faced by the revolutionary African leaders after liberating Africa, the coming of neocolonialism, the pervasion of Coup d'états followed by military regimes in Africa, and so on. The book intends to reshape our minds and widen our scopes of understanding about the aforesaid concepts through fictional medium.????