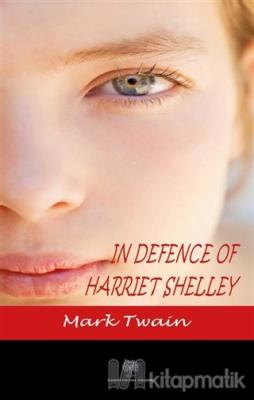 In Defence Of Harriet Shelley

“I have co committed sins, of course; but I have not committed enough of them to entitle me to the punis­hment of reduction to the bread and water of ordinary literature during six years when I might have been li­ving on the fat diet spread for the righteous in Professor Dowden's Life of Shelley, if I had been justly dealt with.

During these six years I have been living a life of peaceful ignorance. I was not aware that Shel­ley's first wife was unfaithful to him, and that that was why he deserted her and wiped the stain from his sensitive honor by entering into soiled relati­ons with Godwin's young daughter. This was all new to me when I heard it lately, and was told that the proofs of it were in this book, and that this book's verdict is accepted in the girls' colleges of Ame­rica and its view taught in their literary classes.”